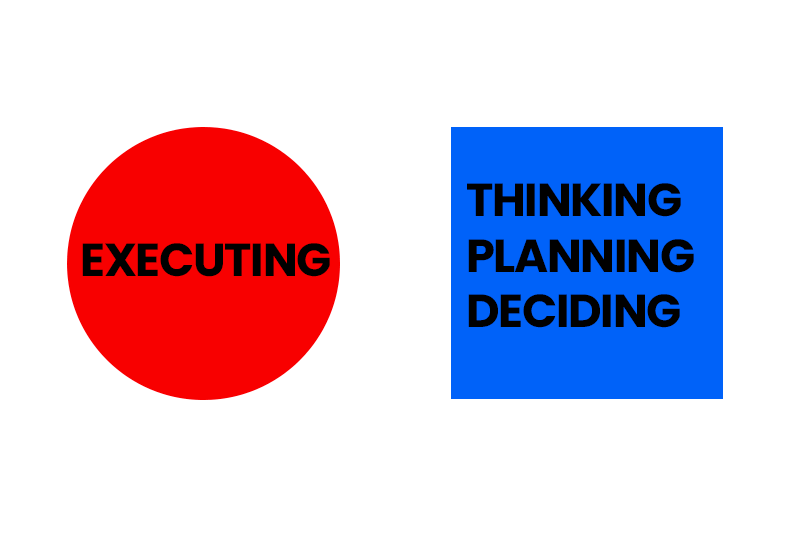 David Marquet coined the concept of red work vs blue work. The idea is that you separate work into two categories: execution vs thinking.

Red work is the thing you need done right now. It takes focus and determination. No need for planning or thinking too deeply about higher level concerns, just get it done.

Blue work will support red work and make red work more productive. They are effective in isolation but can be problematic when combined. For example, there should be no ‘purple’ work.

I first became aware of David Marquet’s concept of blue work vs red work while listening to Engineering & Leadership podcast by Pat Sweet. David states that red work is the ‘doing’ state whereas blue work is the ‘thinking/ideas’ state. The two collide in reality and cause work disruption so it’s important that one does not happen while the other is in progress.

This strikes a chord with me as an engineer because there are times I find myself mixing red/blue and becoming inefficient. Consciously separating the two forms of work increases my productivity. For me, blue work inspires and red work follows through. Blending the two leads to feeling overwhelmed and unproductive.

Giving these modes of work a name helps to make the situation recognizable. If you’re struggling to make progress it might be worth asking the question which state of work you are in.